Fermilab’s cosmic research program explores the fundamental nature of matter, energy, space, and time, as revealed in the unique natural laboratory of the cosmos.

Surveys of galaxies and cosmic background radiation use precise measurements of cosmic structure to learn about fundamental physics of cosmic acceleration, new forms of gravitating matter, and properties of cosmic neutrinos. A coordinated campaign of experiments seek to directly detect and study the properties of dark matter particles in the laboratory. Development of new technology, both ultra-sensitive detectors and advanced computational algorithms, will enable the next generation of discovery.

The Fermilab Cosmic Physics Center (CPC) hosts Fermilab’s cosmic research program and fosters interactions between the lab and the larger the cosmic physics community. We invite you to join the adventure, a high-energy, cosmic journey: learn about who we are, the science we’re focused on, and how you can be a part of it. 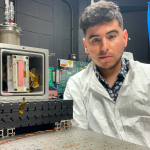 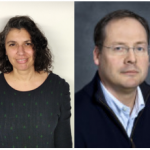 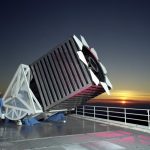 The Association for Computing Machinery’s Special Interest Group on Management of Data recently announced that the Sloan Digital Sky Survey would receive a 2021 ACM SIGMOD award for its “early and influential demonstration of the power of data science to transform a scientific domain.” Among more than a dozen people, the award recognized the contributions… END_OF_DOCUMENT_TOKEN_TO_BE_REPLACED