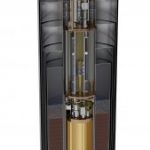 New result draws on 30 years of research and development and begins the definitive search for axion particles Forty years ago, scientists theorized a new kind of low-mass particle that could solve one of the enduring mysteries of nature: what dark matter is made of. Now a new chapter in the search for that particle… END_OF_DOCUMENT_TOKEN_TO_BE_REPLACED 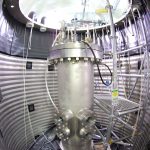 The PICO-60 detector was originally called “COUPP-60,” with COUPP standing for “Chicagoland Observatory for Underground Particle Physics.” It was designed and built by Fermilab in collaboration with the University of Chicago and Indiana University, South Bend. Work began at Fermilab in 2005, and, after extensive testing, the detector was moved to SNOLAB in 2012. “We’ve been… END_OF_DOCUMENT_TOKEN_TO_BE_REPLACED